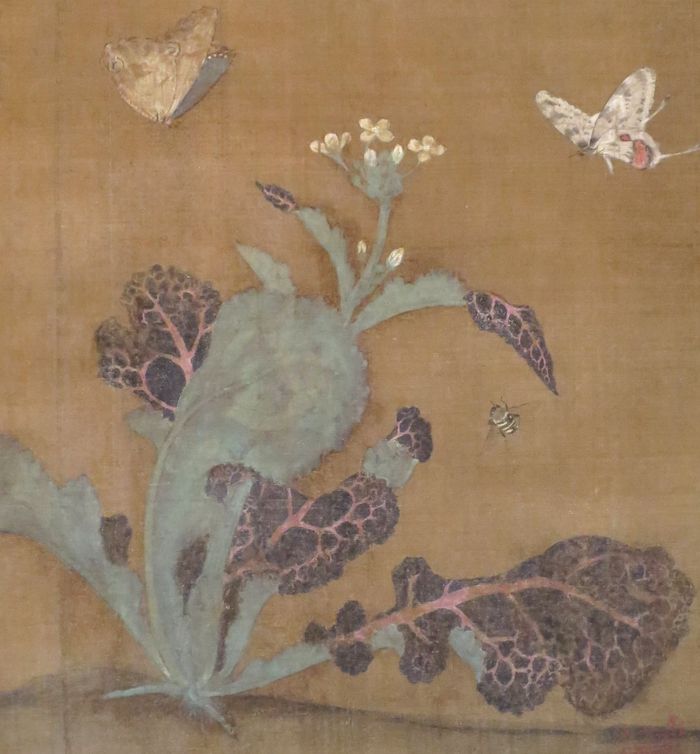 “The honor and gratification, dear lady,” replied Ming-Y, “will be mine; and I feel helpless to express the gratitude which the offer of so rare a favor deserves.”

The serving-maid, obedient to the summons of a little silver gong, brought in the music and retired. Ming-Y took the manuscripts, and began to examine them with eager delight. The paper on which they were written had a pale yellow tint, and was light as a fabric of gossamer; but the characters were antiquely beautiful, as though they had been traced by the brush of Hei-song Che-Tchoo himself—that divine Genius of Ink, who is no bigger than a fly; and the signatures attached to the compositions were the signatures of Youen-tchin, Kao-pien, and Thou-mou—might poets and musicians of the dynasty ofThang! Ming-Y could not repress a scream of delight at the sight of treasures so inestimable and so unique; scarcely could he summon resolution enough to permit them to leave his hands even for a moment.

“O Lady!” he cried, “these are veritably priceless things, surpassing in worth the treasures of all kings. This indeed is the handwriting of those great masters who sang five hundred years before our birth. How marvelously it has been preserved! Is not this the wondrous ink ofwhich it was written: `After centuries I remain firm as stone, and the letters that I make like lacquer` ? And how divine the charm of this composition!—the song of Kao-pien, prince of poets, and Governor of Sze- tchouen five hundred years ago!”

“Kao-pien! darling Kao-pien!” murmured Sie, with a singular light in her yes. “Kao-pien is also my favorite. Dear Ming-Y, let us chant his verses together, to the melody of old—the music of those grand years when men were nobler and wiser than to-day.”

And their voices rose through the perfumed night like the voices of the wonder-birds—of the Fung-hoang—blending together in liquid sweetness. Yet a moment, and Ming-Y, overcome by the witchery of his companion`s voice, could only listen in speechless ecstasy, while the lights of the chamber swam dim before his sight, and tears of pleasure tickled down his cheeks.

So the ninth hour passed; and they continued to converse, and to drink the cool purple wine, and to sing the songs of the years ofThang, until far into the night. More than once Ming-Y thought of departing; but each time Sie would begin, in that silver-sweet voice of hers, so wondrous a story of the great poets of the past, and of the women whom they loved, that he became as one entranced; or she would sing for him a song so strange that all his senses seemed to die except that of hearing. And at last, as she paused to pledge him in a cup of wine, Ming-Y could not restrain himself from putting his arm about her round neck and drawing her dainty head close to him, and kissing the lips that were so much ruddier than the wine. Then their lips separated no more;—the night grew old, and they knew it not.

Tags: The Story of Ming-Y