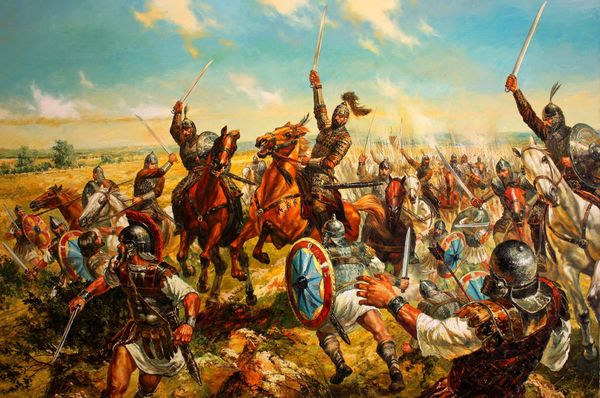 The horoscope group is complete in its ancient Iranian religious characteristics and Bulgarian foundations. The symbol of the Sun is realized in the equestrian; the lion denotes the Regales star; the dog stands for the Moon.

The date, which has been pointed out by computer analysis as the event of the horoscope logic and composition of Madera Relief, is 24 August 165 AD and the time is 1 to 6 pm. In other words, the rock monument encodes the sacred initiation of the statehood as high virtue, marking the same year, as does the Name-List of Bulgarian Kans.

Nevertheless, the pre-Christian epoch left fewer traces in Bulgarian civilization. Not I only because of their natural or deliberate deletion, but also because of the relatively limited repertoire of themes and subjects.

It is not by chance that the so-called “Golden § Age” of Bulgarian spirituality developed in I that period. It is the time of Christianization I in the middle of the 9th century until the e