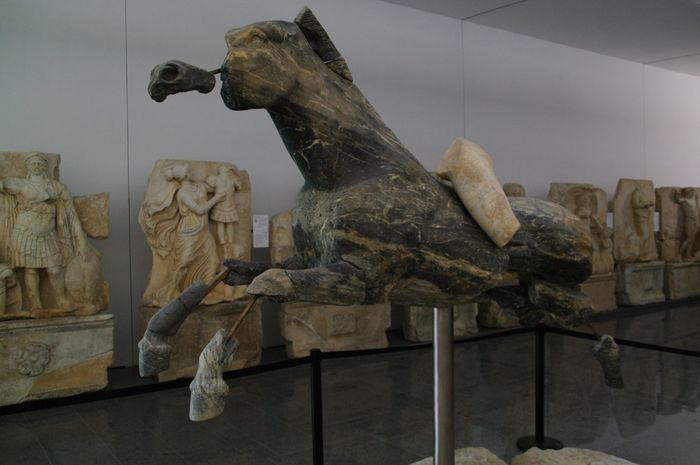 The ‘Blue Horse` sculpture, which was found in the Civil Basilica during the 1970 excavations, finally went on display last year in the Sebasteion Sevgi Goniil Gallery after waiting many years in storage. Although only the upper part of the young rider’s left leg remains, it is clear that he has been depicted falling off his horse. The work is important as the only example among ancient sculptures that depicts a galloping horse in marble.

The Sebasteion, constructed in the mid-lst century A.D. in honor of the Roman emperors and the local goddess Aphrodite, is adorned with a marble panel of 200 life-size human figures in high relief. One after the other, some 80 of them have been on display in the Sebasteion Sevgi Goniil Gallery since 2008. But there are also examples in the Dig House that have not been displayed and continue to undergo restoratio